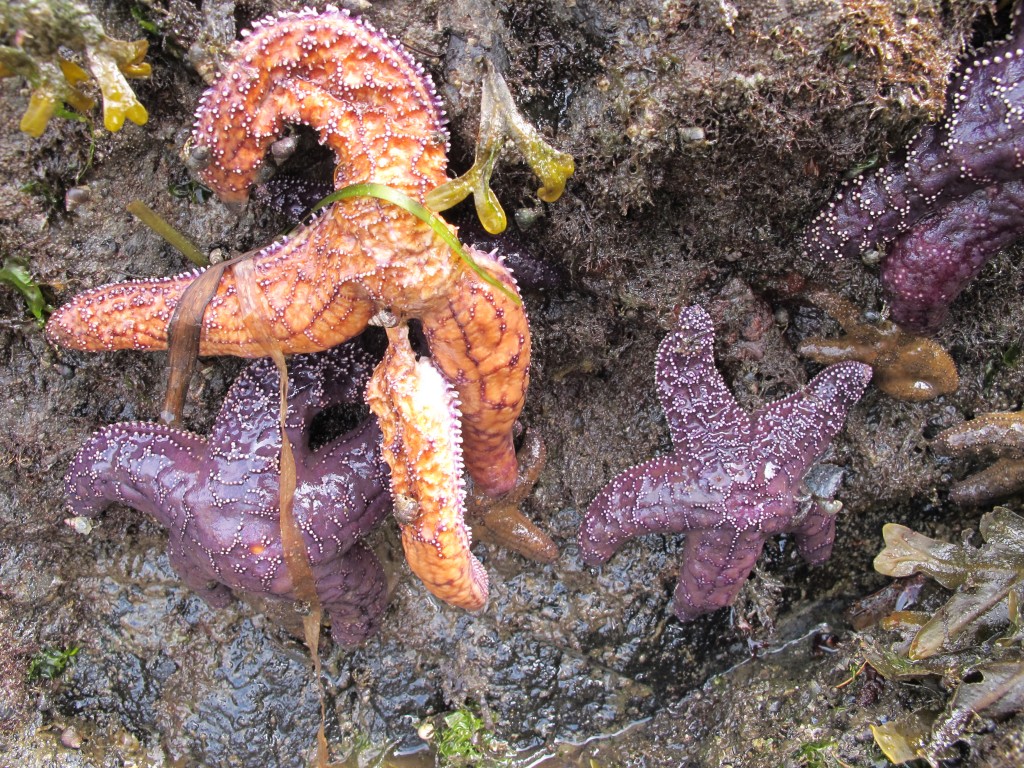 As I’ve reported before, it has been spreading over both coasts of North America but as of a few weeks ago had not been seen in the San Juan Archipelago. Scientists studying it believe they are close to isolating the pathogen that causes it, but they also think there may be a temperature trigger: when the waters get warmer, the sea stars will suddenly get sick. They don’t understand how the temperature trigger works; it may be that it puts sea stars under physical stress, which then compromises their immune system. It may be something else though.

But recently, there was a rapid and bizarre change in the  temperature and salinity of the water around the San Juans: 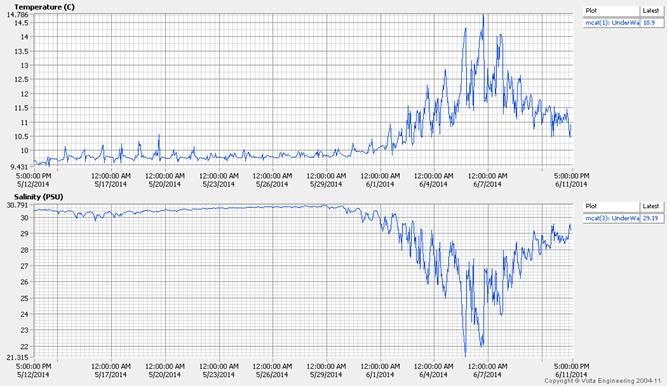 Over the course of a week at the beginning of June, the water temperature dramatically rose and the salinity dropped precipitously. The seawater in the San Juans is known to have quite a bit of variation, largely because the Fraser River empties into the ocean nearby — changes in the freshwater outflow of the river can dramatically change the mix here.  But this kind of change is exactly the sort of thing that has been previously seen as a trigger for sea star wasting syndrome.

Two weeks ago, surveys were showing 0% sick sea stars in the area. Last week is was 10%.  This week, it’s 40%. Apparently there have been “huge mortality events” in Hood Canal and Bellingham waters in the past week.

There is no cure for this. At this point, we still don’t know exactly what causes it. What we know for sure is that when it shows up, it’s devastating.

There are two ways you can help. The first is by participating in a “citizen scientist” project, where you can contribute your observations of healthy and sick sea stars. More information here

The second way is by making a tax-deductible contribution to support research surveys so we can get more detailed information on how it’s spreading. You can do that here. Any amount helps.

Posted by kevinsch on June 20th, 2014 Posted in Uncategorized